“Hello…!!! I have struck in a serious problem wherein, I am not able to open PSD files. This took place last week, when I tried to open my PSD files on Photoshop CS6. After which, I tried many possibilities that I found from many websites but could not succeed nor find out the exact reason. Is there any repairing tool to fix PSD file not opening in Photoshop CS6 on Windows system?” 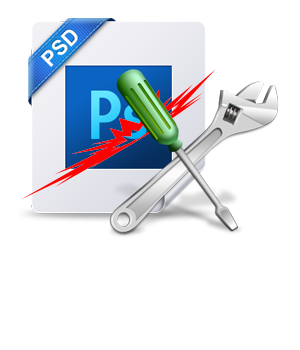 Not to worry!!! It has become one of the common issues that is faced by most of the Photoshop users. Photos are one of the best source that can bring back old memories alive. These images can be edited, modified, resized utilizing a best application known as Adobe Photoshop. As the technologies are getting advanced even Adobe Photoshop has been updated with unique features for giving better photos. Some of the features are best cropping tool, geometric patterns, high resolution brightness, etc. When those features are utilized to create quality PSD files and if it gets corrupted then it will be a disaster. Let us have a brief idea about the reasons responsible for corruption of PSD file on Photoshop CS6:


How to open PSD file in Photoshop CS6?

Remo Repair PSD is the best option to repair corrupted PSD files on Windows system within few simple steps. This software repairs all kinds of Adobe Photoshop files like PSD and PDD and versions of Photoshop like CS1, CS2, CS3, CS4, CS5 etc. easily. It is one of the non damaging read only software that will not alter original information during scanning process instead creates new document for storing extracted information. An option called Preview, allows users to view the images before saving them on particular destination. This software can be installed on all the latest versions of Windows Operating System including Windows 8.1.

Step 1: Download Remo Repair PSD application on your system and install the same. Run the software and follow the main screen steps. Click on “Browse” button from the main window to select your corrupt PSD file and click on “Repair” button as depicted in figure 1. 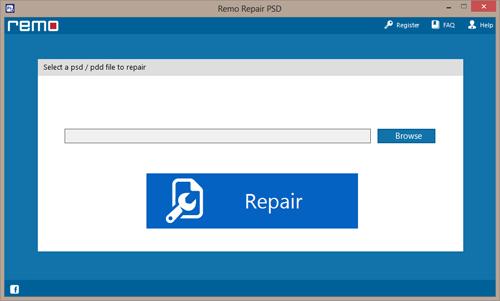 Step 2: You can view the repair process through progress window as depicted in figure 2. 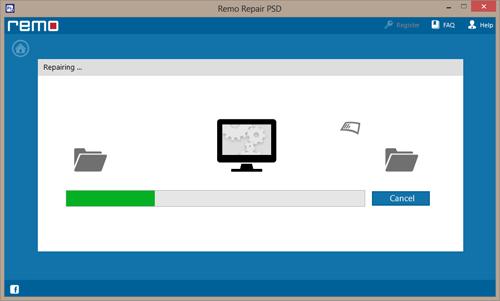 Step 3: As soon as the repair process gets over, you can preview the repaired Photoshop file using “Preview” option as depicted in figure 3. 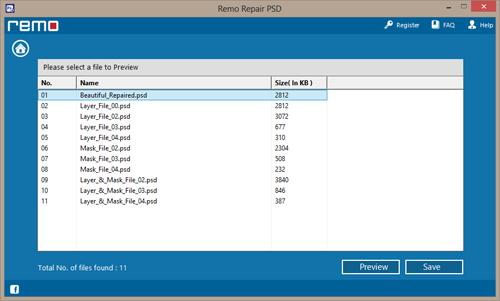 Step 4: At last, save the repaired PSD file to your desired destination location by clicking on "Save" option as depicted in figure 4. 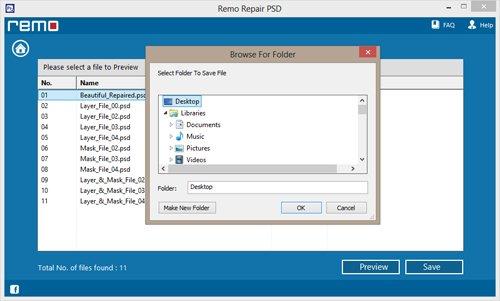