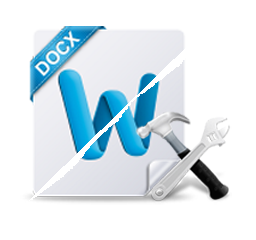 MS Word is a famous word processing application which is mainly used for creating text documents like letters, notes, business documents, etc. It was designed and developed by Microsoft Corporation and has been included with Microsoft office suit. Majority of people these days use MS Word application in order to carry out the work of their respective field. There are plenty of versions of this application available in market, among them Word 2007 is one. Word 2007 includes huge number of benefiting features, which earlier version never had in them. Moreover, it has an attractive interface which makes it easier for the users to create documents.

Besides being so advanced, the documents created on Word 2007 often get corrupted. In case they are corrupted, you will lose access to them. Well, if any of your important Word 2007 document gets corrupted then don’t get bothered about it, since presently the corrupted Word 2007 documents can be repaired with great ease. The only thing have to do for repairing corrupted Word 2007 documents is make use of Remo Repair Word application It’s a smartest app, which easily fixes severely corrupted Word 2007 files within several clicks. The app has been designed by taking all the Word file corruption factors into consideration. The entire repair process will be carried out in an automated way, you have to just follow the screen steps and select appropriate options for performing repair process. The most important characteristic of this tool is, it’s a non damaging read only app which means it doesn’t modifies your original Word 2007 documents while repairing, instead of that it will just scan and creates a new but similar Word file.

On account of following scenarios Word 2007 file gets corrupt:

Remo Repair Word application is easily compatible with all latest versions of Windows operating system which includes Windows 8, Windows Vista, Windows 7, Windows XP, Windows 2003 and Windows 2008 etc. It fixes both DOC as well as DOCX file easily, after fixing corrupted documents you can recover text, hyperlinks, OLE objects etc. In addition Word 2007 documents, it has the ability to fix corrupted Word documents created on different versions of MS Word including Word 2000, 2003, 2010, 2013, etc. The software is able to fix corrupted Word 2007 documents on different types of secondary storage device including external hard drives, USB flash drives, memory cards, FireWire drives, memory sticks etc. It’s highly effective and safest repair application, which is free from all kinds of threats like spiteful programs and viruses. This Remo Repair Word application is quite easy to use, and you don’t have to take any kind of assistance for fixing corrupt Word 2007 files. Check out the demo version of this application, if you feel it works according to your convenient then buy its licensed version.

Follow below listed steps to use Remo Repair Word application:

Step 1: Download Remo Repair and install the application to your Windows computer. Open the software and follow the main screen procedure. Click on “Browse” button to select your Word 2007 file which is to be repaired. After selection, click on “Repair” option to start the repair process. 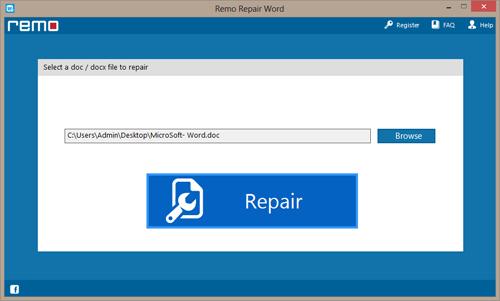 Step 2: As soon as you clicked on repair button the tool starts fixing your Word 2007 file. You can moniter the repair process through progress screen. 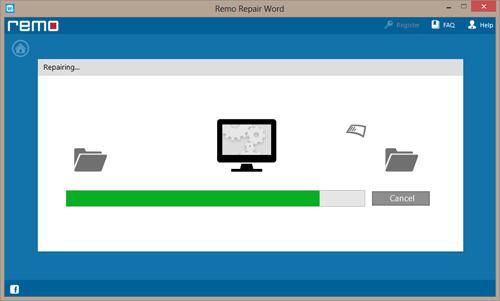 Step 3: After completion, the software allows you to preview the repaired document. 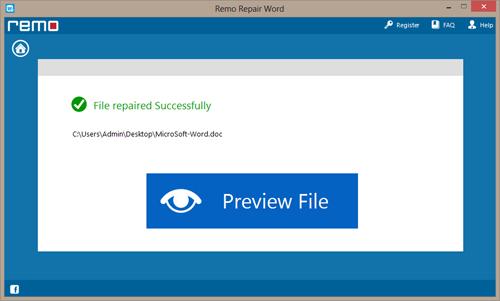 Step 4: At last, browse for the destination location to save your repaired Word file. 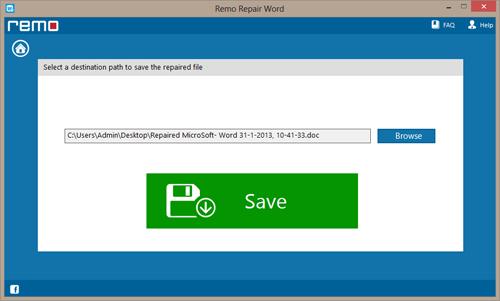